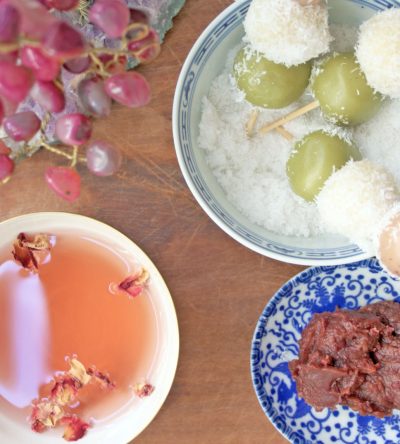 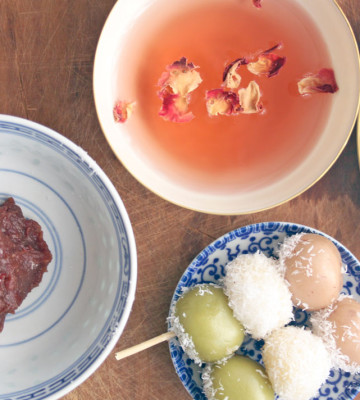 Here is the recipe for the Anko, red beans Azuki paste, you can eat like a normal jam, or use it to make traditional Japanese sweets that have Anko as filling, like in the Daifuku. The Anko can be prepared in two ways, in the version Koshian, that is perfectly amalgamated and homogeneous, and in the version Tsubuan, a bit more consistent and rough, where you can still distinguish the forms of small soy beans.

Preparation
Wash the beans with water 2-3 times, to remove the bitter flavor of the beans (in Japanese this is said precisely Shibunuki, remove the sour taste).
Put them to soak in a bowl of water for about 6 hours.

After this time, maintaining the same water, put the pot on medium heat until boiling and let boil for about 10 minutes.

Turn off heat and downs. Put azuki beans in the pot covered with water to cover the beans twice.
A medium-low heat, add the rice malt for a third of the weight of beans (in this case about 60 to 70 grams) and melee.

Before the water is all absorbed, add remaining syrup still for three to four times and the mixture each time.

Turn off the heat when the water has almost completely dried out and the beans are crushed between the fingers completely (about 1 hour boil). If still hard, add another bit of water and let it cook a bit more. If soft enough, the consistency of a thick jam, add a pinch of salt and turns.

Let stand at least ten hours in glass jars before consuming it. Conserve in the refrigerator.